took his toys to Austin! 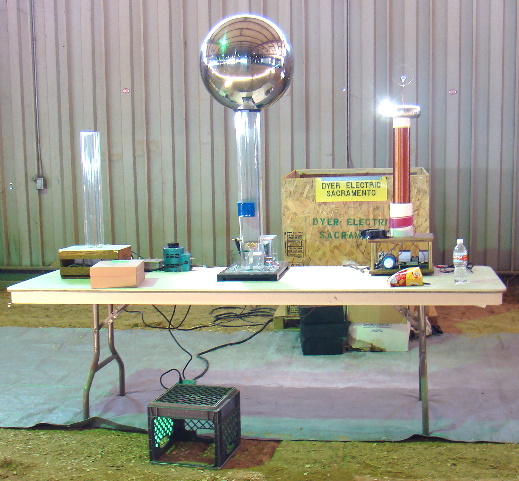 Thanks to Dale & the team at Make!

The good people at Make have made this trip possible by carrying the load of transport for my stuff, and for me and other Makers.  My graciuous thanks to them.  We are lucky to have them in our techosphere to spread science to themasses. 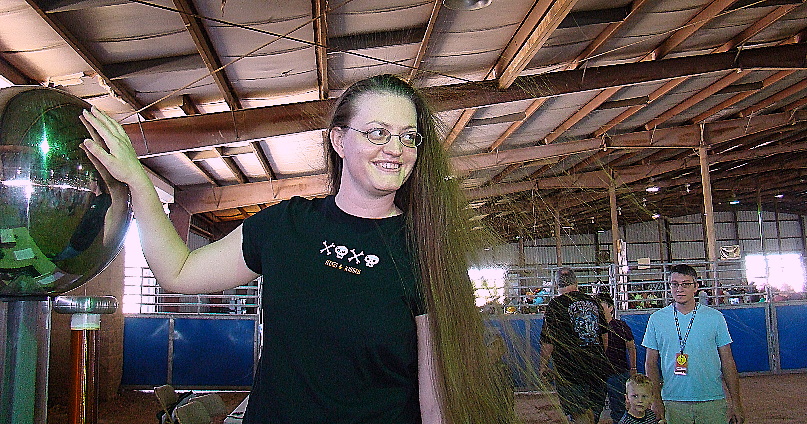 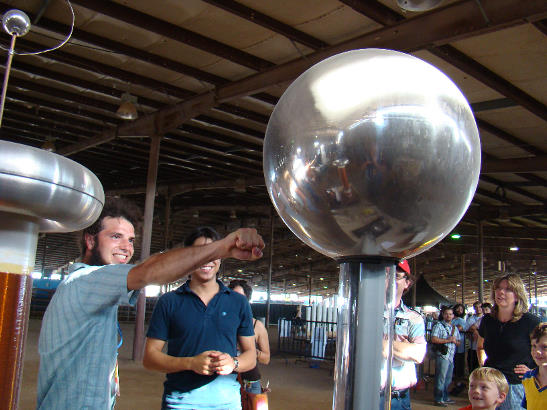 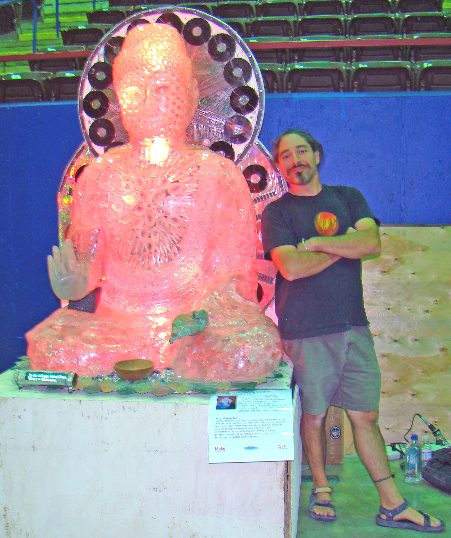 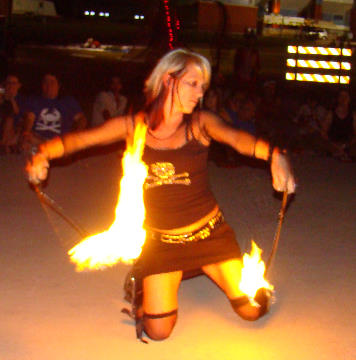 What's a Faire without some poi? 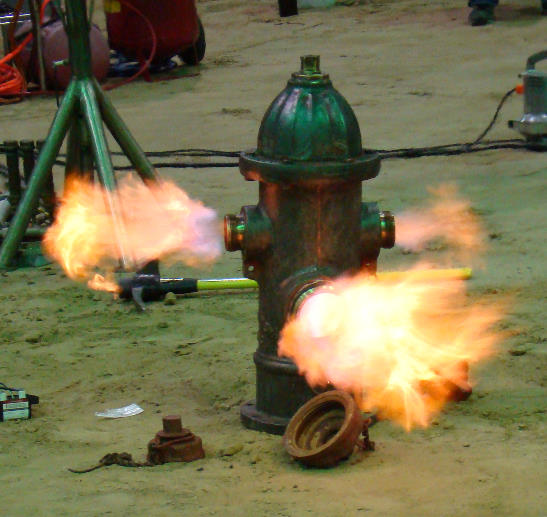 When you need some fire, go to the Fire Hydrant! 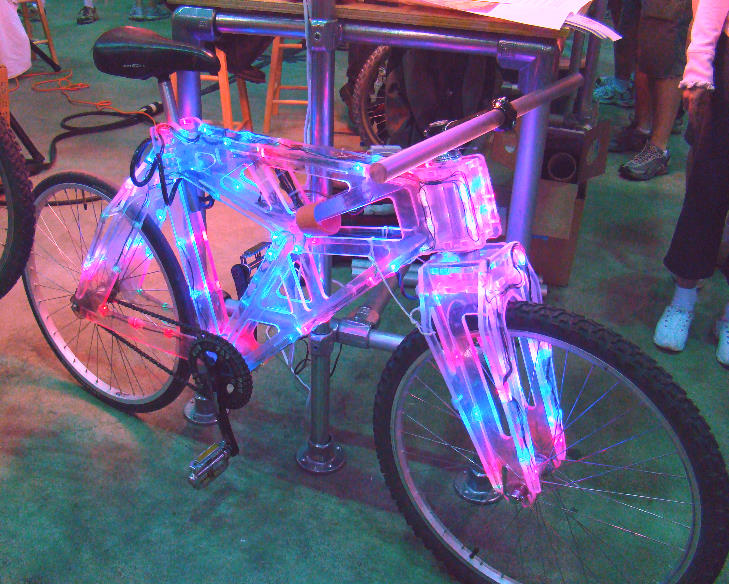 A favorite of Maker Faire, the plastic LED bicycle... 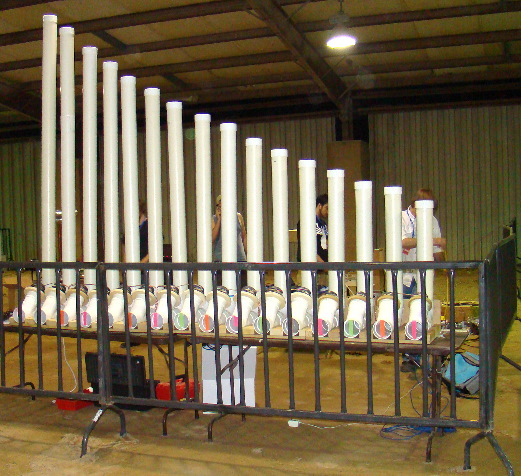 A "pipe" organ with a speaker, mic, and resonant circuit for each tuning in it's two octave range. 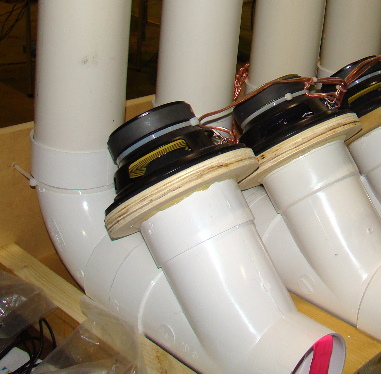 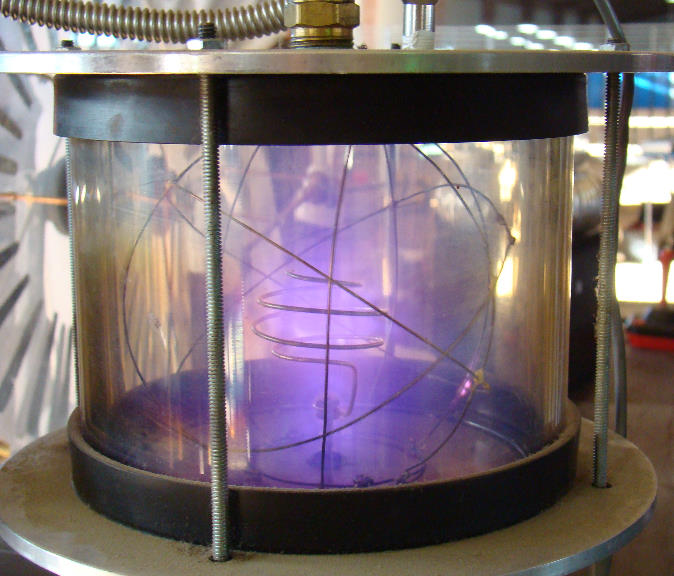 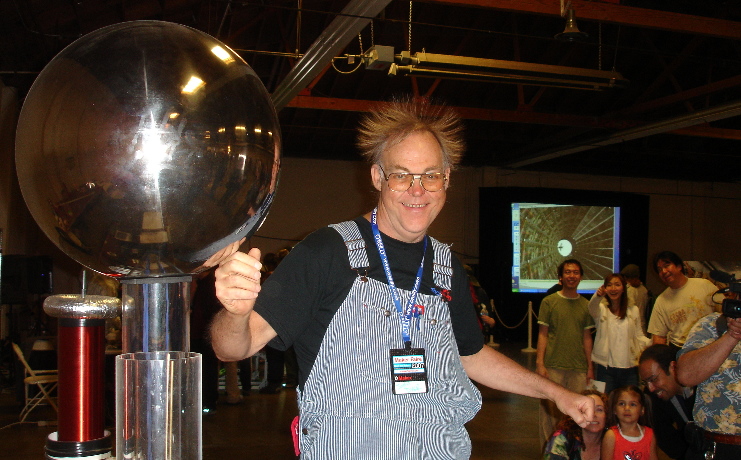 Jack Sparx shocks the audience and himself with hundreds of thousands of volts from the Van de Graaff generator. 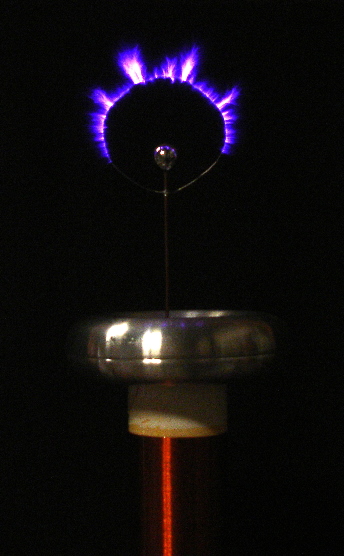 How about a Tesla coil that plays music?  You bet!  Jack Sparx brings the Plasmasonic. 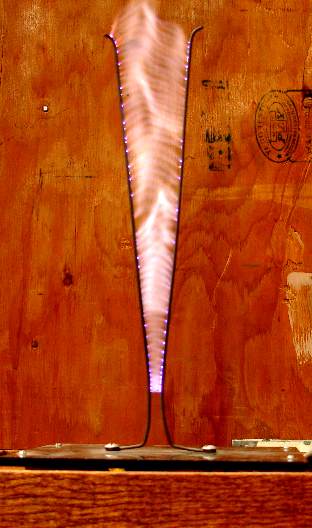 A nice simple Jacob's Ladder, as seen in all self respecting horror movies. 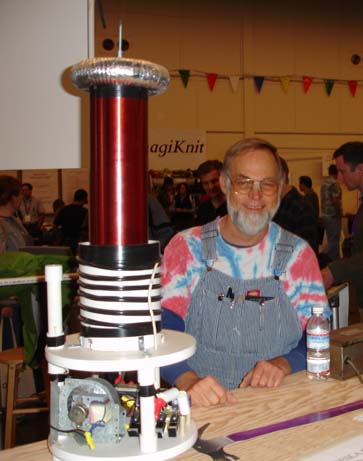 So, to take all this stuff, I built a box 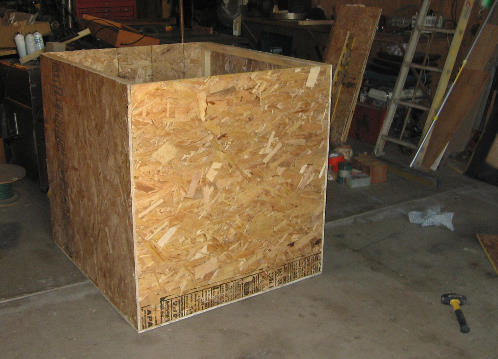 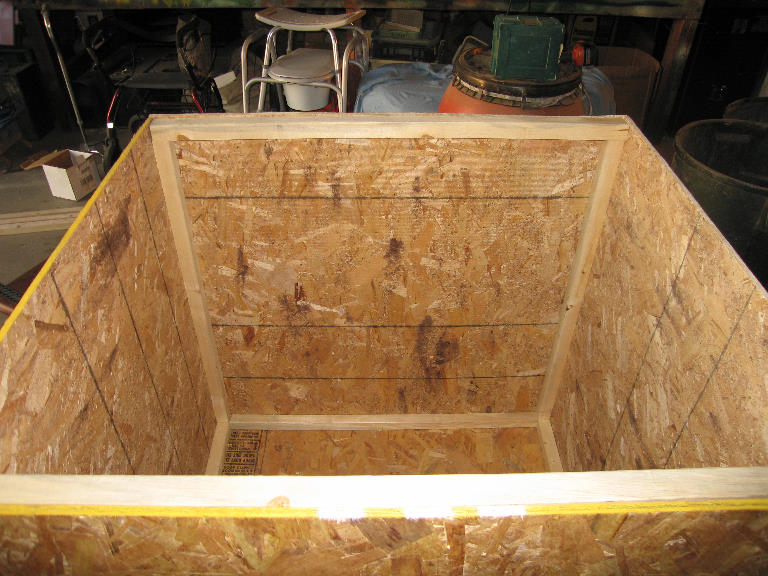 Then I started filling it with stuff to go to Austin 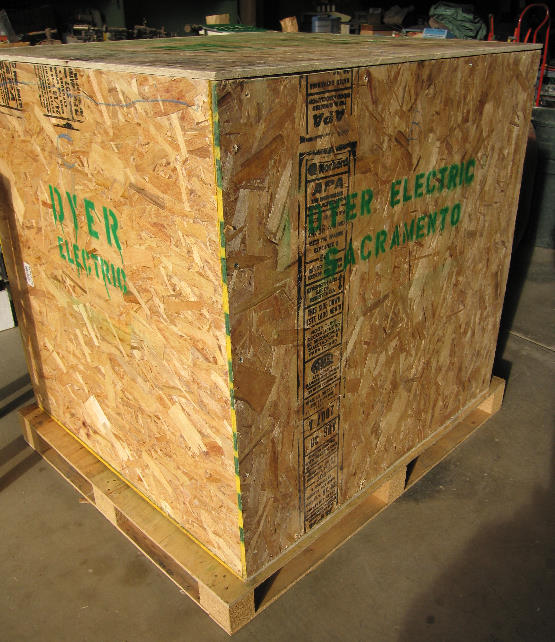 This is just some of the stuff, and no packing yet. 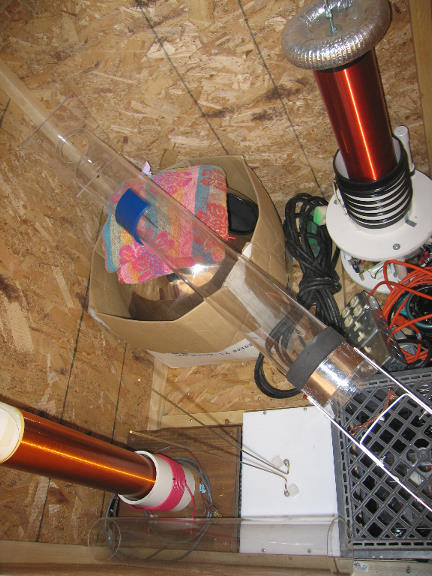 Then the truck came, and I forked the box into the back. 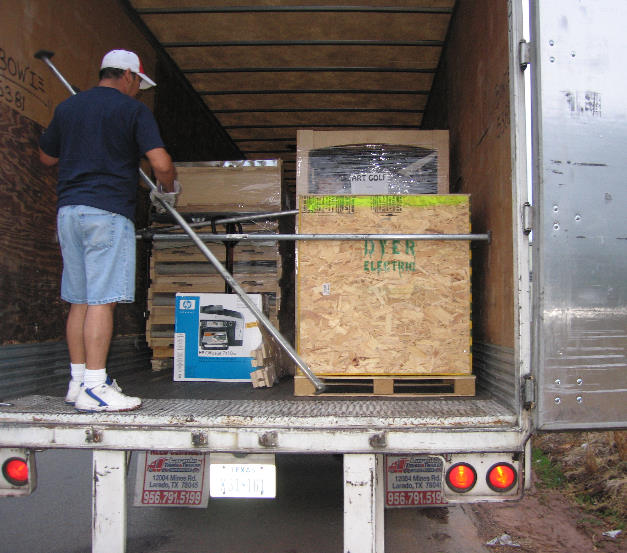 Looks like they are going in the right direction... 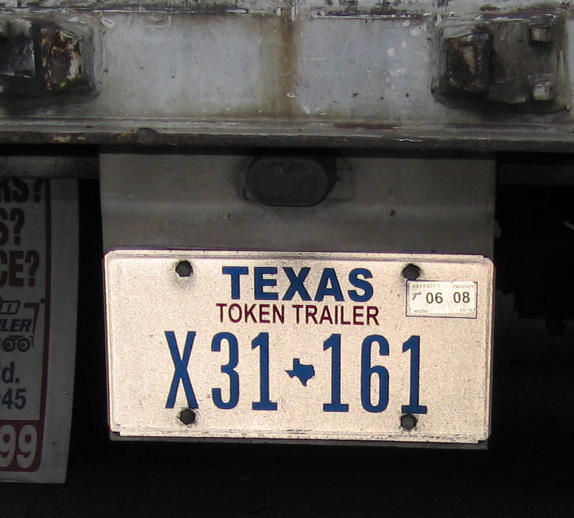 Soon we shall make people happy and amazed in Austin!

Back to John Dyer dot com