The PortaCoil
The latest coil from Dyer Electric's Shop... 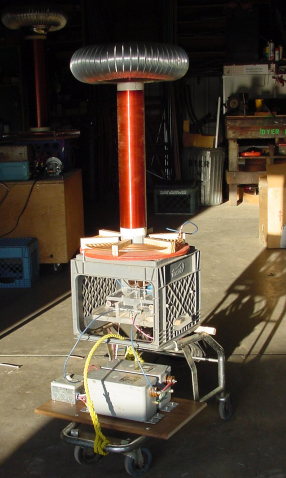 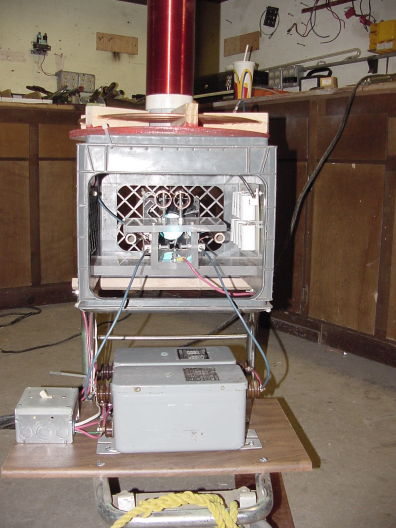 Seeing "knights of the road" with their shopping carts, I couldn't resist using some old parts of a shopping cart to make this little portable Tesla Coil.  Simplicity and cheap were the guiding paradigms here.  It took just about  a day to construct.  The coil and primary were already wound by "Coilwinder David".  The spark gap, MMC a la Geek, power control and assembly were by me. 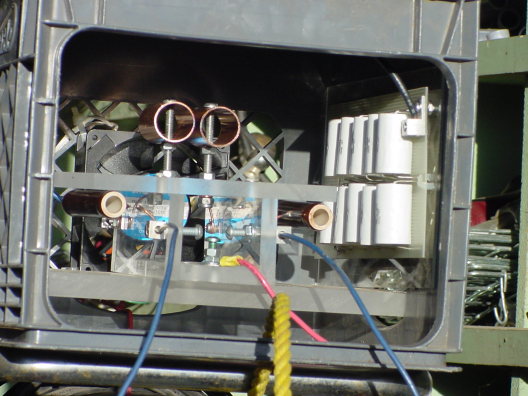 The Spark Gap, two 1" couplings on bolts, is quenched by the muffin fan.
Geek Group capacitors were used in a ten cap MMC.  The 150 ohm 50 watt resistors and the safety gap provide the protection for the twin NST power supply. 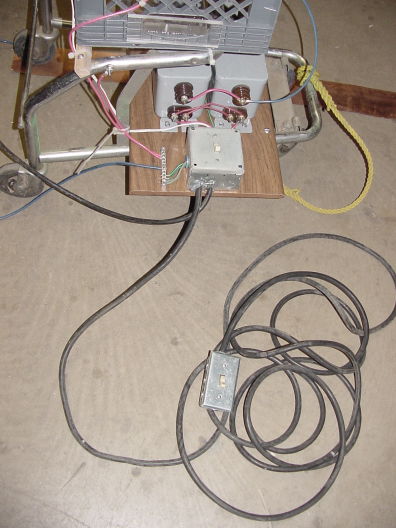 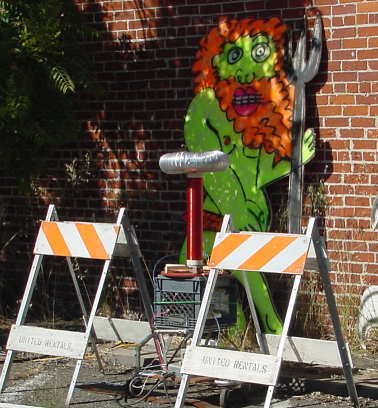 The experimental lash up gets put together for the road!   The first coil that I have built to take out and show people went on the road Saturday, May 11, 2K2.  The event was an Art Car show held on Del Paso Boulevard at the Horse Cow Gallery.  The show went well, no injuries, and lots of ooohs and wows from the fifty or so who watched.  I freaked out the musicians when they heard the noises their amps made with all of us on the same Tempower box! Lots of attendees asked about the coil, and I told them it was magic.  Neptune, behind the coil, will possibly go to Burning Man this summer, and have his trident sparked by another coiler I met, named Chris.

UP to  Tesla Coils by John Dyer